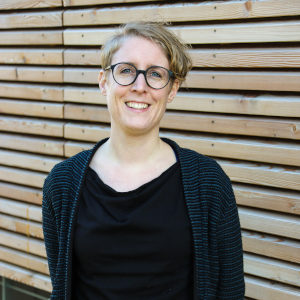 I like ice cream, cats, chamomile tea, hiking and reading. I dislike cauliflower, swimming, migraines and scientific fraud. But these are probably not the reasons why I am where I am today. It was rather a combination of luck, a dedicated work ethic, fun at my work places and passion for what I am doing.

I switched my research topics unintentionally multiple times throughout my scientific career. In retrospect, it all made sense. I studied mathematics in Berlin, specializing in differential equations. From there I moved to Tübingen to do my PhD in neuroscience under the supervision of Andreas Nieder. I was fascinated by the question of how brains can understand and solve mathematical equations. During this time, I explored the neural mechanisms underlying quantitative reasoning in primates and found that groups of neurons in the prefrontal cortex are dedicated to categorizing proportions or mathematical operators like ”greater than” or ”less than”. Thus, I had moved from math to brain research For my postdoctoral work, I relocated to New York and transitioned to a new species: I started working with songbirds in Michael Long’s lab at NYU School of Medicine. Here, I explored the neural circuits underlying song production and learning in zebra finches. The scientific environment at NYU was very inspiring thanks to its interdisciplinarity and the presence of world-renowned researchers. In collaboration with Georg Kosche, a former PhD student in the Long lab, we discovered how the neural circuit necessary for song production is shaped by auditory information. In 2016, I started an Emmy Noether research group at the Freie Universität Berlin studying the neurobiology of vocal communication. The offer to start a Lise Meitner research group at the Max Planck Institute for Ornithology in Seewiesen in 2019 turned out to be the ideal opportunity to further advance my research and add more approaches and techniques to tackle my scientific question in a unique environment.

2.When did you first become aware of the role of gender in your research environment or at your work place at university?

It was actually much earlier that I realized the role of gender in our education system. I went to a former boys-only high school. Although the school had accepted both genders for many years already by the time I began there, the gender ratio was still imbalanced. In my class, we were 6 girls and 20 boys. One day, the math teacher returned my test and said out loud: ”This is the first time that a girl gets such a good grade in my class. She gets an A-”. At that point I was feeling proud but when I examined my test carefully and could not find any mistake I was wondering why it was A-. Checking back with the teacher he said I shouldn’t question his grading and should be happy that I got such a good grade as a girl and moreover my handwriting was not so pretty for a girl and that is enough reason to downgrade an exam.

The second time I was judged by my gender was during my studies. Back when I started studying math, I did so with approximately 60 other students, of which only 10% were female. Once, after a math tutorial the female tutor asked the four present female math students to stay a little longer because she wanted to give us some advice. She then pointed at us one by one and said things like: ”My prediction is that you will make it through your studies” and ”You will struggle but you have some talent” and ”You will struggle but maybe there is a chance if you work really hard” and (pointing at me) ”You should quit right away.” (Note: all of us finished our studies and today the others are successful women in academics or industry). The four of us are still wondering why the female tutor was “advising” only the female students and why she did not support us but rather discouraged us from doing what she pretended was her passion.

3.What challenges have you encountered in academia regarding equal opportunities?

I believe that I was generally lucky during my career and did not experience strong disadvantages due to my gender. Many institutes and societies are trying to improve their programs to provide equal opportunities. I am part of the SFB 1315 studying memory consolidation. Within this collaborative research consortium, we have an extra online channel were equal opportunity topics are discussed and advanced. Parents in the research group now have the option of daycare. During retreats we spend at least one session discussing gender issues. I particularly like that people are made aware of this subject: For example, the book The Gendered Brain by Gina Rippon, which discusses misunderstandings surrounding female/male brain differences, was given to students who won the SFB poster prize. I can only hope that other initiatives spend as much time thinking about how to improve the current situation for female researchers.

4.What has been your personal experience with equal opportunities offers? What have you taken away from them?

I am currently leading a research group within the framework of the Max Planck Society’s Lise Meitner Excellence Program. This program was launched towards the goal of gender equality and is actually the first time that I got the chance to be involved in an equal opportunity program. I think it is an exceptional chance for talented women to advance their career. The program expressly serves the objective of counteracting an existing under-representation of female scientists in the Max Planck Society at the W2 career level. In a legal sense, the program understands itself as a positive measure in favor of the under-represented gender. Applications by women therefore enjoy priority within the boundaries of what is legally permissible.

In my lab, we have a gender imbalance seemingly favoring women: 7 women and 4 men. I cannot exclude that I have an unconscious bias but I believe that I hire people based on their scientific qualifications and their team spirit. In general, I encourage all students and postdocs, male and female, to participate in workshops, conferences and summer/winter schools. However, this made me realize that female students sometimes need more encouragement to take the step to apply.

5.What do you think still needs to be done?

In my opinion, a 50/50 gender ratio should be reached eventually. This can either be done with the help of programs favoring women and promoting their scientific career like the Lise Meitner Excellence Program, or by aiming to recruit women to job openings as they become available until the gender gap is closed.